Jezebel has been reporting on a “Rapist List” that was anonymously circulated around Columbia’s campus in the last week. The list contains the names of four perpetrators: one “serial rapist,” and three others who have been found “responsible” by the University.

This comes on the back of the Obama Administration’s focus on ending rape on campus, prolonged campaigns by undergrad activist groups, and mounting pressure on the Columbia University Administration to review its handling of rape and sexual assault cases. This culminated in a complaint by 23 Columbia and Barnard students last month detailing the Administration’s violations of Title IX, Title II, and the Clery Act.

We want to voice our support for the direct action taken by those who posted the list. The decision to take this action must not have been easy. Those who had been otherwise neglected by the system took matters into their own hands and made a courageous decision that could result in sanctions for violating confidentiality orders. We fully believe it was necessary.

Criticisms of direct action usually dovetail onto a criticism of vigilante justice in general. “Let the police take care of it.” “Let the university take care of it.” Even given that false rape accusations are much more uncommon than most people think they are, many are uncomfortable with the fact that we have no way of verifying the truth of these flyers.

Contrast that with institutional adjudicators like Columbia University, the police, and the courts. Because of their size, their publicly accountable nature, and the presumed purity of their motives, a determination of guilt by these entities is more reliable than the opinions of the woman on the street. As law students, we are particularly invested in this kind of thinking. Our chosen profession depends on its correctness.

This leeriness towards direct action must unravel as soon as we recognize that the institutions that we so cherish have not been reliable enforcers of sexual assault and rape policies on campus. Discouraging survivors from formally reporting their complaint; permitting serial offenders to remain enrolled; pressuring victims not to discuss their case outside of campus proceedings—these misdoings are inconsistent with the image of a trustworthy, reliable process.

Yes, we should pursue a change in Columbia’s policies from “within” the system—nobody disagrees. But that should not be the exclusive remedy. “Responsible” action is not the only effective form of action. Waiting patiently for the bureaucratic mammoth that is the Columbia University administration to overhaul its sexual assault policy—if it does—won’t protect students in the interim.

Law students and lawyers have long valued the old legal maxim: “Innocent Until Proven Guilty, Beyond a Reasonable Doubt.” This principle has been inappropriately stretched beyond its original, limited application. These are standards of legal proof, governing when the state can impose punishment. They were developed in response to specific dangers in the criminal system: the gravity of imprisonment, the danger of governmental abuse. It doesn’t follow that these standards ought to apply to the way private individuals interact with one another, independent of the state and the legal system.

There is something to be said in all this about how ineffective the institution of law school is in nurturing agents of change. A med-student friend of ours was recently arrested for blockading construction of a coal mine. The arrest is unlikely to ever have any impact on his career, whereas the first lecture we got in law school drove the fear of god into us about entering a conservative profession that scrutinizes our expressions of judgment – from our ties to our political activism.

The law school has remained largely inactive in the campaign against sexual assault on campus. Our faith in procedure may mean that we do things in a particular way. For example, the Law School has its own gender-based misconduct policy, separate from the one that covers every other part of the University. As Dean Spade argues, “law school teaches people how to stop thinking outside of legal solutions to problems.” But no Columbia Law School students were even involved in the much more formal, and very much legal, process of filing the April complaint. Only one law professor signed the open letter of more than 100 faculty members supporting the complainants.

Where, as in the case of sexual assault, institutional remedies have proven to be inadequate, direct action becomes necessary. Potential victims should be armed with this knowledge. The bubble of propriety that allows university administrations to do nothing must be burst.

This anonymous shaming campaign burst that bubble. The words “safe space” will undoubtedly be invoked, as if a lack of unrest is what defines a safe space. Safe spaces are about accountability, not the illusion of tranquility. It is not these acts of resistance that make the campus an unsafe space, but rather the acts of rape and sexual violence that go unpunished.

Seeing the names on the flyers should not prompt outrage at this act of vigilantism. It should prompt us to ask why those found responsible for sexual assault are allowed to remain Columbia students. 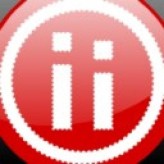