Social media has been inundated recently by a wave of collegiate campaigns aimed at making campus climates less toxic for students of color.  Some of the most popular include “I Too am Harvard,” “Being Black at the University of Michigan,” and the UCLA Law “33.” These campaigns, spearheaded by black students, have catapulted the topic of microagressions into the national conversation. Microaggressions have been defined formally as “brief and commonplace daily verbal, behavioral, or environmental indignities, whether intentional or unintentional, that communicate hostile, derogatory, or negative racial slights and insults toward people.” [1]

While microaggressions are detrimental in all facets of society, they are especially worrisome in the context of college campuses because they have the potential to compound and cause affected students to become withdrawn, stop engaging in class, and stop socializing with classmates. Essentially, they have the power to affect a student’s ability to learn.

Obviously, if campus climates are fostering this type of environment for students of color, someone needed to speak up. And by publicizing the stories and experiences of individual students, these microaggression campaigns hope to spark awareness of an issue that has been ignored for far too long.

As welcome and overdue as some of us may find this increased awareness to be, it has not been well received by all.  Among those who disapprove of these efforts is my dear friend Paul Chander, who, in his “Don’t be Gliberal” column, surmised that these campaigns revealed “an almost-eagerness to wallow in (often misinterpreted) victimization and retreat into siloed tribalism, rather than a willingness to educate with maturity so that all students can learn and grow together.”

Paul’s commentary belies both an ignorance about what racism is as well as who is responsible for fixing it. His argument is straight out of the “Embracing Post-Racial America” handbook. He asserts that the issue is not what white people are saying, but that students of color are too sensitive. That even when we are rightfully offended, we are not accommodating in our responses to the ignorance, and in turn, foster even more divisiveness; that if we realize that the key to ending racism is to stop accusing white people of racism and making them feel bad when it is obviously not they’re intent, we will finally be the post-racial society he envisions.

What Paul seems to misunderstand in his article is that racism encompasses more than what you learn about in middle school during Black History Month.  It is more than chattel slavery, racial slurs, and separate water fountains. Racism can be many things — conscious, unconscious, covert, overt, explicit, subtle, intentional, or unintentional. Thus, it does not matter whether a white girl who says: “Of course she got in to Stanford, she’s Black” considers herself prejudiced or not, intended to offend or not, has 0 black friends or 20. The implication of her assumption (that Black students aren’t smart enough to get into elite universities on their own merit, so they ride the coattails of their blackness) is racist. Put more simply, if you cut me, it does not matter if you did so intentionally or accidentally, my wound needs to be addressed. In that way, microaggressions are like cuts. If we’re only allowed to speak up when the cuts are placed intentionally, we’ll likely die of infection before uttering a sound.

In addition to attempting to police which interactions are worthy of being addressed, his article seems to chastise us for not capitalizing on our opportunity to address them by “educating with maturity so that all students can learn and grow together.” Let me make one thing abundantly clear: Stifling conversations about racism as well as vilifying people who place a higher premium on speaking their truth than making their oppressors comfortable reflects a blatant lack of regard for the humanity of people of color.

When human beings feel pain they are often met with compassion, not with scorn. That seems to generally hold true, unless and until it becomes apparent that they’re pain is a product of racism. At that point, their humanity is superseded by someone else’s discomfort with the subject matter. However, no one has a right to be comfortable in her ignorance while making others uncomfortable in the classrooms we are paying hundreds of thousands of dollars to sit in. Whether we choose to organize our experiences into a thoughtful social media campaign about microaggressions, or address racism some other way, we are self-actualized human beings capable of making our own choices. To suggest that the comfort, educational development, and moral growth of white folks should be of primary concern perpetuates white supremacy by making secondary the emotional wellbeing of people of color.

Under his seemingly harmless call to come together for a kumbaya moment lies something far more sinister. His basic premise is that we are the problem. If only we got over ourselves enough to make white people comfortable being educated about racism, progress could be made. Coddling white supremacy by putting the onus of fixing racism on its victims rather than its perpetrators is not innovative. There is nothing revolutionary about gaslighting people of color while simultaneously refusing to hold white people accountable for the harm they cause. 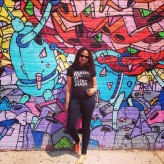